‘morning, internet…amidst the to-do lists, the emails, the juggling of calendars and well, getting out and enjoying life, this is me taking a quick time out. i have to tell myself to stop and reflect and remember. i do this once in a while on my blog but honestly, i’ve been neglecting keeping up with any personal blogging. and i like to do that, it helps keep me in check. last week i browsed through my entire blog, going back to earlier shoots that i now heavily critique and think oh i sooo would’ve done that differently. it’s crazy how much can happen in just one year. forget a year, how about just one season. one month. you can fit a lot of learning and living into one seemingly insignificant piece of time. as my business grows, i’m so excited to start the process of cutting back from my ‘day job’. it means that my dream of making it as a photographer is becoming a reality. i’ve gone down to four days a week at the church office i work at, but even then it’s going to be a challenge to balance that work load with the photo bookings and projects i have on my calendar. again, SO excited! and sincerely grateful. i can’t believe the opportunities that are presenting themselves, and the wonderful people who i’ve had the fortunate pleasure of connecting with. since (canadian) thanksgiving is just a week away, i’ll wrap this up by simply saying…i’m thankful. thankful for the answered prayers. thankful for God’s out pouring of grace again and again, evident in all this and more. i want to remember this time of growth and new starts and much promise and much on the horizon to look forward to. speaking of which, here’s a preview of a fun + fabulous project on that horizon: until next time… :)

END_OF_DOCUMENT_TOKEN_TO_BE_REPLACED

This week’s things I love Thursday goes out to Stuff Christians Like. I happily took the task of combing through this amusingly true blog of Christian satire for a project at work. The author of the blog,  Jon Acuff, is a Christian who pokes fun at Christians. And throws in the occasional serious and challenging post, which I equally enjoy and respect. He discusses relevant and vital topics such as… the side hug, deep v-neck syndrome, and Katy Perry. Oh and the big one, is God a Mac or a PC? Okay but here’s one of the aforementioned serious posts, something that struck me and  made me think about my own take on life. It’s about not only giving Jesus the wheel, but the gas pedal too. And having the patience when doing so. “His hands might be firmly placed on the steering wheel, but I’m over in the passenger seat stretching my left leg and trying to press down on the gas pedal. Dang, Jesus drives slow sometimes! And it’s up to me to press his be-sandaled foot down hard on the gas so we can get this car that represents my life in the fast lane.” So, why does God not give us everything at once, and rather, stretch our patience? “Good things given too quickly tend to turn into poison if we’re not careful.” And God loves us too much to let that happen. So, we savor the simple things, and when the amazing things come along, we’re that much more grateful. Happy Thursday…do yourself a favor and visit the site, or, like I’m going to do, buy the book.

END_OF_DOCUMENT_TOKEN_TO_BE_REPLACED

This morning I got to check off another task on my 101 in 1001 list! Alongside my good friend Heidi, I ran the local 10k Abbotsford Police Run and we came in at our goal of one hour…maybe even just shy of the 60 minute mark?! We decided to run it a few short weeks ago and so we got running to get ready. 5k, 8k, 10k, bam. I so love running with Heidi. Not only is it motivating to have a running partner, but the chats we have while out on the road are great. We wouldn’t have minded some rain on the run (how refreshing!), but the skies held and on second thought, that was probably the best thing. So many people came out to help with the run – which raised money for three local charities – and support us along the way. I think I would run a lot more often if I knew there would be people cheering and ringing cowbells…haha…or if there was someone just across the finish line with Booster Juice…thanks Shane :) Heidi’s husband Gerry came out and took these pictures: Time chip on – check. Don’t we look cool doing the warm up? And there we go… And next year?! How about a half marathon?! Who’s up for it?

END_OF_DOCUMENT_TOKEN_TO_BE_REPLACED

What began as a weekly post became a bi-weekly post, and now it looks as though it has fallen to every three weeks…so we’ll just call it a random Thursday post. I’m okay with that… This week marked the official end of summer and the beginning of fall – the week that my morning commute to work got busier yet I was still thankful…because it was not I who was going back to school. It’s these days that I love. Ask me what my favourite season is and I’ll say…summer…hmm, no, fall….well I really like winter because I love Christmas…and then there’s spring. Right. As it says in Ecclesiastes, “For everything there is a season, and a time for every matter under heaven.” So the thing is, I love the changing seasons, the fresh start of a new season, and the fact that we get to experience all four, living here in the Northwest. At the moment, that means fall. And fall means Starbucks’ Pumpkin Spice Lattes, getting cozy in sweaters and boots, brightly colored leaves and drives into the mountains, and not feeling guilty about spending a day off indoors, as the rain pours outside on the window. Oh, and butternut squash. And Thanksgiving. What’s your favourite thing about fall? Happy Thursday!

END_OF_DOCUMENT_TOKEN_TO_BE_REPLACED

What was first an attempt to check off #6 from my 101 list – ride bikes at Stanley Park – turned into a mini photo sesh. It also included a “photography lesson.” When we came across this doorway, with this particular light, all else had to wait while I quickly took advantage of the situation. The student became the model and we learned a lesson in lighting…is it okay to say that I really, really like these pictures? And I’ll end off with a couple that Shane took… Now I just hope that summer hangs around a little longer so I can check off #6 next time! Happy long weekend :)

END_OF_DOCUMENT_TOKEN_TO_BE_REPLACED

The first time we met, I was intimidated by her, and apparently she was intimidated by me. But by the second time, we were like old friends, bonding over sushi and our upcoming missions trip to Uganda. I was (and am still) beyond grateful that we both found ourselves on that missions team. Janelle and I probably have more differences than similarities – she grew up on the prairie, I surrounded by BC mountains, she can justify buying designer brands, I can’t (yet…). But through that trip a friendship formed that continues to be steady, one that I’m confident even a move to Japan won’t break. Even then, as we adventured in Africa, Janelle spoke of her plan to go to school in Tokyo. And marry the man of her dreams, a Japanese pop star. Obviously. Before she leaves me…umm I mean before Janelle makes the brave, bold step into a totally new and exciting adventure…I insisted on this photo shoot. We have a tradition that consists of a weekly pre-work Starbucks and catch up date, so it was only appropriate that I brought my camera along for one of them. I’ve said it before and will say it again…I love early morning shooting :) Janelle is one with many faces. All of them – even that one ;) – so pretty. Random note: later that day someone gave me my horoscope, torn out from the paper. Not that we believe in them, but when it’s a good one, it’s fun and it was fitting to read the line “Enjoy the company of others today.” Because it was a good day of good company and Janelle, I will miss your rambling chats and attentive ear. Love you, see you, miss you xox

END_OF_DOCUMENT_TOKEN_TO_BE_REPLACED

Laughter. Laughing out loud. Laughing until you’ve got a new set of abs, until your face hurts, or you think you might just lose it. I love when I can catch it with my camera, that moment of complete, uninhibited joy. I love it when a movie makes you laugh out loud or when the guy sitting a few rows back laughs in such a way as to make you laugh that much harder. In light of this, for this instalment of things I love thursday, here are a couple fitting images from two posts that are waiting to be blogged: If you’re a Facebook fan, you’ve probably already seen a sneak peek of these two. I hate that I haven’t blogged the full post yet! But I’m seriously having a hard time narrowing down a selection to share :) Soon, very soon…like, tomorrow… And then there’s this girl! I love her to pieces and can’t wait to edit through the photos from our session the other morning! Happy Thursday everyone :)

END_OF_DOCUMENT_TOKEN_TO_BE_REPLACED

Camping is a funny thing. It’s so much work, and yet it’s so much fun. We leave our modern conveniences (though bringing what we can – blow dryer, space heater, coffee maker – yeah, we don’t exactly ‘rough it’) and head off to live in the woods. Outside with the crows, the chipmunks, the damp morning fog. Oh but then there’s the beach, the s’mores, the time to do nothing at all. And I really do think we eat better when we’re camping then when we’re at home. But the time to do nothing at all, with no distractions, (except maybe read or watch the fire or go for a walk – but really, nothing) is my favorite part. This place, Deception Pass, Whidbey Island, the Pacific Northwest, makes me happy to live here. And then there was checking off #28 of my 101 in 1001 list! Sometime around midnight we would walk down to the beach with our blankets, stake a spot on the beach and watch the Perseid meteor shower. Until next year…when I think we’ll finally rent a beach house instead ;)

END_OF_DOCUMENT_TOKEN_TO_BE_REPLACED

This week, I get to do something I don’t typically do. And that is… say goodbye laptop, goodbye Blackberry, goodbye internet! And say it willingly and a little bit excitedly. I’m off for our annual family camping trip to Deception Pass on Whidbey Island for a few days of fresh air, beach time, campfires, walks in the woods, and star gazing. I might even tackle my stack of books to read. So, I am setting my auto-responder on my email and look forward to returning relaxed and rested and ready for the next thing! (Like salsa dancing…and/or making ;)

END_OF_DOCUMENT_TOKEN_TO_BE_REPLACED

While styles have clearly changed (though I do admit to dreaming of wearing my mom’s wedding dress as a little girl)…their love has remained. Happy 25th wedding anniversary, mom and dad! Hope you’re enjoying your pre-getaway getaway. And I promise we’ll party soon. Just as soon as I recover from the dust I found these photos under :) Much love xox

END_OF_DOCUMENT_TOKEN_TO_BE_REPLACED

Welcome to the Blog! 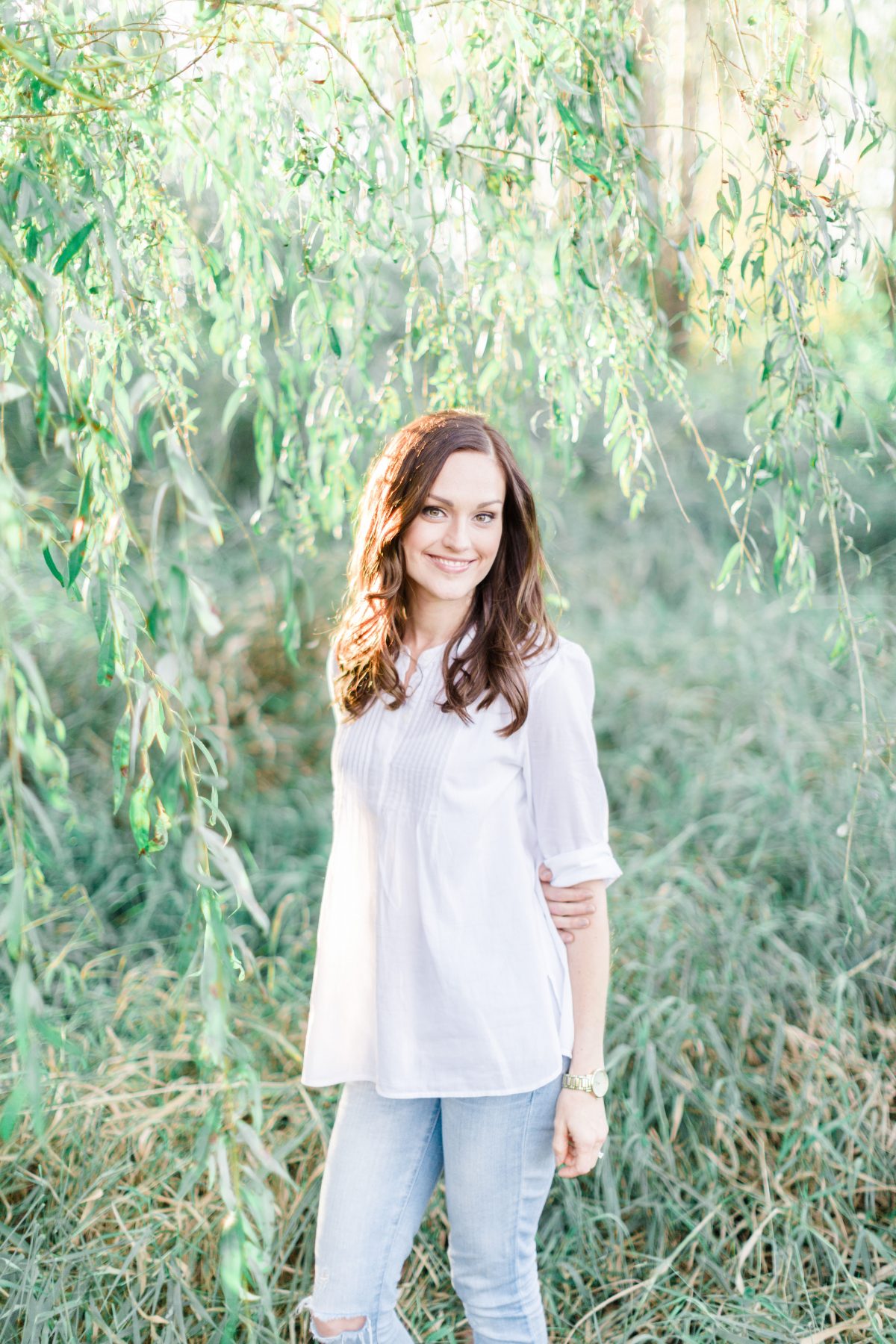 I’m a Jesus follower, a wife to my best friend, mama of two littles, a coffee drinker, book clubber, list maker, a world traveller. And I’m a wedding and lifestyle photographer.